First up – I’ve been pretty slack when it comes to posting these awards. This is mostly because I’m still venturing my way into the blogosphere (if that’s even a word), and partly because it was basically impossible to do an awards post within 200 words. I’ve ended up just deciding to not worry about the latter at all. Awards and details after the break…

I’m thankful for being nominated for The Liebster Award twice – from jpthorn at the Horror Booth and Lauren at mykindofmovie. This award is for blogs with under 200 followers, which seems like a great way to bring attention to great writing that might otherwise go under peoples’ radar. The Liebster Award has the following conditions:

So the rules state that the receivers of the Liebster Award must:

1. List 11 Random Facts about yourself.
2. Answer the questions that were asked of you (by the blogger that nominated you).
3. Nominate 11 other blogs for the Liebster Blog Award and include link to their blog.
4. Notify the bloggers of their award.
5. Ask the award winners 11 questions to answer once they accept the award.

Given I’ve been asked two different sets of 11 questions, I guess I’ll answer both sets – just one set of facts, though.

1. What is your favorite film of all time?

For a long, long time it was Fight Club. I still love that film, but if I had to pick something now it’d probably be Mulholland Drive, with Taxi Driver and Eternal Sunshine of the Spotless Mind close contenders.

2. Who is your favorite author?

Answering going on the criteria of “great writer” rather than necessarily “has written my favourite books,” probably Kurt Vonnegut. I’m still educating myself on a lot of great literature, so I wouldn’t be surprised to have this answer change over the next couple years.

3. What is the last great movie you watched?

Most recently seen – Goodfellas. Watched it about a week ago with my partner’s sister, who’d never seen it before.

4. What is the last great book you read?

5. Which of your own blog posts is your favorite and please provide a link to it.

One of my earliest posts: Refused Concert – Eatons Hill Hotel, Brisbane (11 November 2012). It’s not the kind of post I usually make, more of an encapsulation of an experience than a critical appraisal, but I felt that it captured what was so special about what was one of my favourite live shows of all time. Though having Rian Johnson respond to my post about Breaking Bad (on Twitter) was pretty great, too.

6. What is your favorite type of music?

Post-punk – Wire’s Pink Flag is my favourite album of all time, but there’s plenty of other great post-punk acts I can’t get enough of (Gang of Four and Joy Division in particular).

7. Who are your Top 5 favorite film directors?

8. Do you follow any sports and what is your favorite sports team?

I only really follow cricket actively (so, Australia’s test team, naturally). I don’t mind watching soccer, but I pretty much only follow it closely when the World Cup is on. In case you were wondering, yes, my background is English.

9. Do you believe in an afterlife?
10. Do you have any religious or spiritual beliefs?

I’d prefer not discuss religion on this blog; I don’t really like to discuss it except with close friends/family.

11. What is your opinion on the Zimmerman/Trayvon case?

I don’t know the full details, and perhaps the evidence simply isn’t there to convict Zimmerman given his acquittal, but man it sure seems to reflect some blatant racism in American culture (not that we’re any better over here).

1) What book would you recommend for me to read and why?

The Secret History by Donna Tartt. Incredibly well-written yet easy to read, a simple narrative but layered characterisation, and simply a very rewarding read. Highly recommended.

2) What is your favourite post you’ve written on your blog and why?

I used to be a massive Star Wars fan when I was younger (as is true of pretty much everyone), so I still have to give it the nod, but I’m gradually exploring Star Trek so that may change – watching Deep Space Nine (slowly) at the moment.

4) Who would play you in the film version of your life?

I can’t really think of a great answer to this so I’ll just go with Joseph Gordon-Levitt; he doesn’t look much like me but he doesn’t look completely different either. Also he’s a great actor, duh.

5) What tv show/film do you watch when you’re feeling down?

7) What song sums up the day you’ve had today?

Deerhunter – “Nothing Ever Happened”

8) Do you believe in fate or free will?

Free will, mostly, though my thoughts on this are shakier than when I was studying Philosophy at uni.

9) Are you a cynic, optimistic or realist when it comes to life?

11) What film are you looking forward to seeing next?

There’s actually four films being released next week that I’m eagerly anticipating – The Conjuring, Only God Forgives, This Is The End and, most of all, Before Midnight.

Thanks again to both jpthorn and Lauren for the nominations! 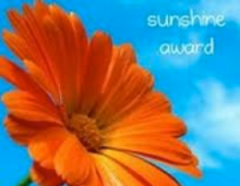 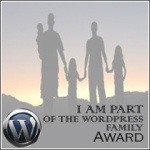 The rules for the Family Award are: