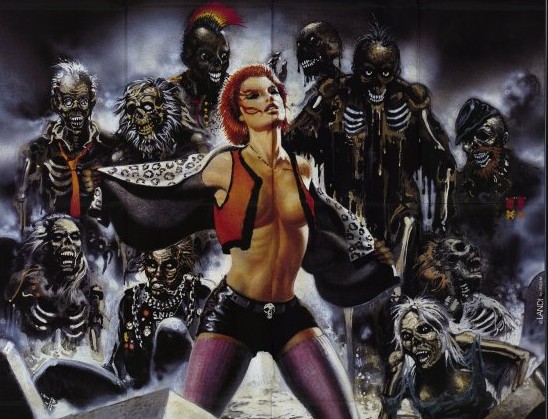 Return of the Living Dead is the epitome of the B-movie. It’s an honest-to-goodness classic, stuffed with campy humour, cheap yet effective special effects and the first appearance of now-ubiquitous zombie movie tropes like zombies that run rather than shamble and groan “Braaaaains…”

It’s full of funny moments: a young punk girl gets involved with the zombies mid-striptease and spends the rest of the film unclothed even after she is turned into a zombie herself; bags full of writhing zombie parts are described as “rabid weasels;” in a truly iconic moment, zombies get on the radio to call for more paramedics after feasting on the brains of the inhabitants of the first ambulance to arrive on the scene. 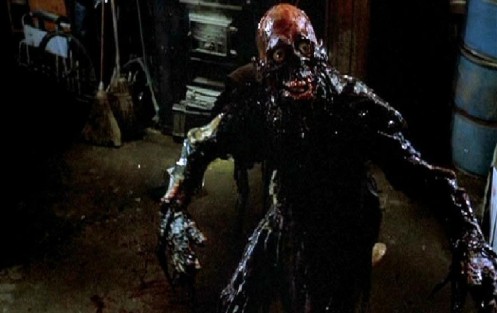 What lifts the film above its B-movie aspirations isn’t the humour, though, but its attention to detail. Whether it’s the characters named Burt and Ernie (or one of those characters having an obliquely hinted-at Nazi past), or the impeccable design of the zombies (Tarman, pictured above, is easily the greatest zombie design ever), or the little background jokes and Easter eggs scattered throughout the film. All this, plus a well-written story that actually makes sense, complete with a brilliantly grim, satirical ending.