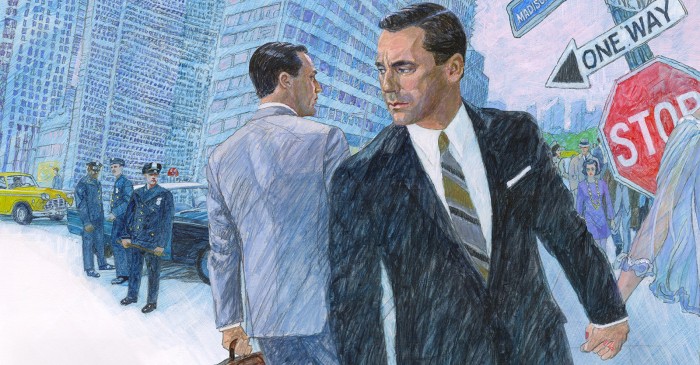 Mad Men is one of my favourite shows, but I deliberately chose not to cover it for season six; its dense symbolism and layers of meaning are nigh-impossible to deconstruct in two hundred words, and, besides, I’ll never approach the quality of Zoller Seitz’s or Sepinwall’s analysis.

Season six was ultimately a disappointment compared to the series as a whole, particularly its last two seasons. The show feigned at caring about the social issues of the ‘60s before returning, stubbornly, to its main cast. Vibrant characters like Stan and Ginsberg were left stranded on the sidelines while the most of the season followed another one of Don’s infidelities. Peggy’s storyline was one of the most interesting of the season, yet too often shunted off camera. It was certainly a strong season of television, just lacking the delicate resonance of earlier seasons.

There were ample highlights, naturally, whether it was the game of cat-and-mouse between Pete Campbell and proto-Don, Bob Benson, or an episode spent in the midst of an insane drug trip. This week’s exceptional finale redeemed many of the season’s weaknesses; particularly as Don’s often-repetitive story came to its apex with his hidden “good man,” Dick Whitman surfacing unexpectedly.

One thought on “Mad Men Season 6”