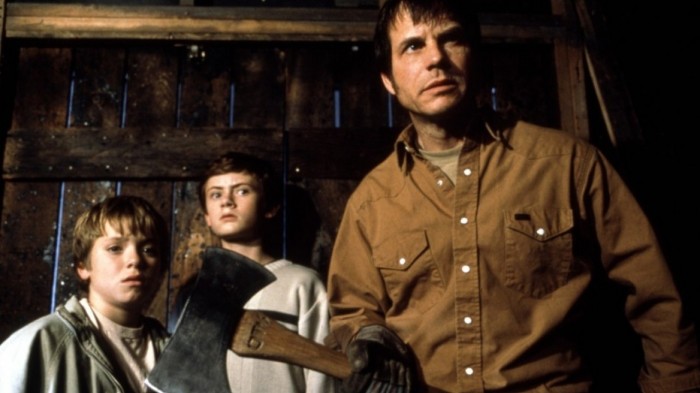 Frailty is the kind of film that poses challenging, ambiguous questions and then, unfortunately, answers them.

Director Bill Paxton stars as the deeply religious working-class father of two young boys. He believes that God has delivered him a message: that he must destroy – not murder – “demons” in the local community. He enlists his boys’ help to capture and kill the people whose names “God has given him.” The story is retold from the perspective of the older brother (Matthew McConaughey), who believes that his younger brother has now taken on his now-dead father’s “mission” as a serial killer called “God’s Hand.” This is an engaging, disquieting narrative, but it’s all addressed with a matter-of-factness that makes it clear that there’s more bubbling under the surface; there’s an inevitable climactic plot twist.

For the bulk of its running time, Frailty contemplates themes of religious fanaticism, familial devotion and abusive childhoods in compelling fashion. While the last act sting in the tale might make the film more exciting, the twist sadly sacrifices the ambiguity that would have made the film something great and meaningful. What remains is an entertaining, well-made thriller, but its complex ideas are abandoned for a frustratingly neat conclusion.