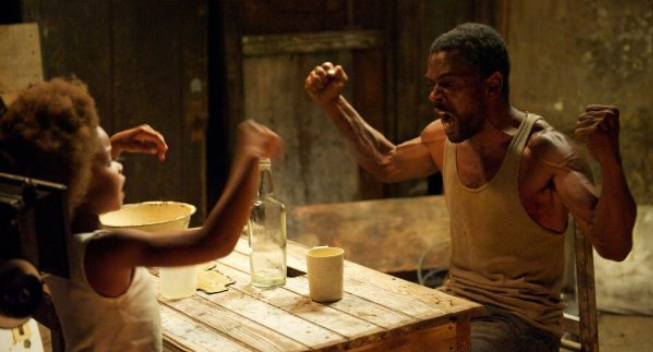 Beasts of the Southern Wild creates a world unlike any other I’ve encountered in either real life or fiction. It concerns the ragtag residents of “The Bathtub,” a small Louisiana community on the wrong side of a levee, in perpetual danger of disappearing beneath the ocean every time a storm hits. The tale is told from the perspective of Hushpuppy (Quvenzhané Wallis, an exceptionally talented nine-year-old, the youngest actress to be nominated for Best Actress), who has an insightful, fantastical take on her surroundings.

Hushpuppy’s infant perspective is reflected in the meandering narrative and cinematography/editing (which was occasionally sloppy, with shots out of focus). The tale of a community unwilling to join wider society was absorbing, but I found the fantasy digressions – Hushpuppy imagining a herd of aurochs rampaging towards the Bathtub – to be distracting. The film was successful in its evocation of fantasy and whimsy amidst tragedy without the need for fake-looking prehistoric mammals.

The film is powerfully successful at world-building, and also crafts a relationship between Hushpuppy and her erratic father (Dwight Henry) that feels real and original. The two share a fascinating, combative and complex (almost symbiotic) relationship, more like two squabbling siblings than parent and child.