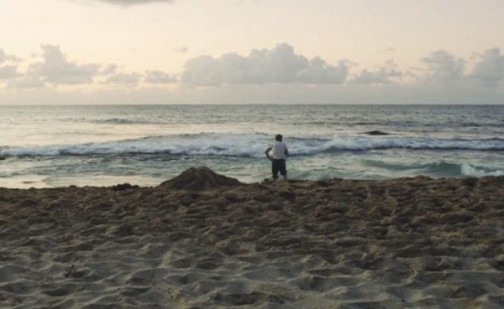 I’ve mentioned before that P.T. Anderson’s Magnolia doesn’t do much for me. But I really enjoy his work: There Will Be Blood and Boogie Nights are both incredible films. I was expecting a masterpiece from The Master and, instead, found another Magnolia… a well-made, well-acted film: great scenes that never had a combined effect on me.

The Master is a better film than Magnolia, though. The performances, particularly Joaquin Phoenix as Freddie, a brutish ex-sailor with inadequate rage bubbling beneath his weathered exterior, are excellent. The early processing scene between Phoenix and Seymour Hoffman or their later, less restrained scene in jail are each among the best scenes of the year.

The filmmaking is classical, creative, composed and controlled: the mirroring of each of Freddy’s escapes is obviously deliberate, as is the consistent framing of Freddie’s close-ups with narrow focus, emphasising the incompleteness of his character, his desire for definition.

But the narrative didn’t engage. There’s clearly an attempt to speak to the core of human nature, of the need for companionship, the need to follow in The Master, but unlike earlier Anderson works, I wasn’t sufficiently charmed by the film to want to revisit it to examine these themes.