“Fly” is one of my favourite episodes of Breaking Bad, yet many were disappointed by its simplicity. Admittedly, it’s not overly important to the show’s plot development, but as an insight into Walt’s obsessiveness and the bruised intimacy between Walt and Jesse, it carries spare, aching power. It wasn’t until a recent rewatch that the episode’s hidden depths were revealed. “Fly” is predominantly a showcase for the talents of Cranston and Paul. It’s also an hour spent intricately foreshadowing Walt and Jesse’s role in Gale’s murder.

The first hint comes during Walt’s rant about an unidentified contaminant, with the camera lingering on Gale’s “coffee machine”: 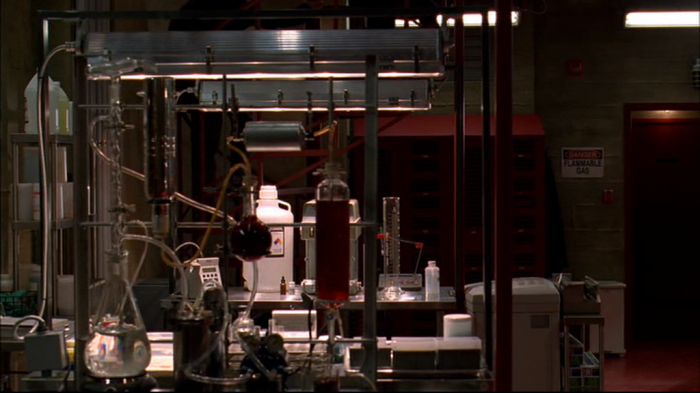 Coincidence? Perhaps. Until Walt explains his concerns to Jesse: “This fly is a major problem for us: It will ruin our batch, and we need to destroy it and every trace of it so we can cook. Failing that, we’re dead. There’s no more room for error, not with these people.” This dialogue seems odd – melodramatic – at the time, but makes perfect sense in the light of “Full Measure.”

When the episode ends with Jesse killing the fly as Walt lies exhausted on the floor, the similarities seem too great to be anything but intentional.